UNIPRESS Turnovske tiskarny is a company whose tradition goes back to 1871, when the first printing house was established in Turnov. Originally, it started with lithography printing production, followed by typography, and offset printing today. At the beginning, the production focused on printed matter, commercial books, and posters. Later on, we printed wall-mounted and school maps. The introduction of colour picture postcard production, for which the Turnov printing house was awarded a gold medal in Paris, was a significant progress. 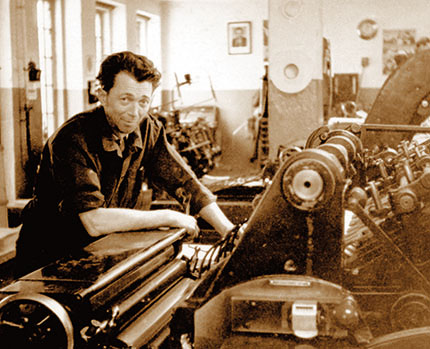 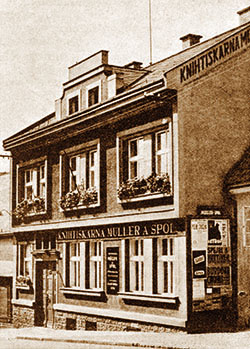 In 1906, the printing house in Turnov split into two. Turnov printing house owned by Jan Jiránek and the already existing one owned by Josef Sluka. The well-known Turnov grocery merchant Václav Müller from Český Dub bought the so-called "old printing house" on Vejrichova street in 1911. It was originally owned by Jan Sluka who, along with his sons Václav and Zdeněk, built a prosperous printing and publishing business belonging to the most significant ones in Bohemia during the First Czechoslovak Republic.

During the interwar period, Václav Müller in Turnov printed books and regional newspapers and magazines for Otto and Co., a leading Prague-based publisher. The printing industry in Turnov gained a very good reputation and, consequently, orders for producing bibliographic publications with book design by the best Czech graphic artists were directed to the town. These were also awarded an honorary diploma at the Florence international exhibition. Karel Vik, an excellent graphic designer, and Oldřich Menhart, a typographer and graphic designer, became major collaborators of Turnov printers.

The February, 1948 events led to fundamental changes even in the printing industry. The Müller and Jiránek printing houses were nationalised. Jan Hladík, a printer, was designated the national manager for Müller and Co., Hynek Sojka for the Jiráneks. The Müller brothers stayed for a certain time in their nationalised business as employees to train the national managers. They were dismissed shortly afterwards. 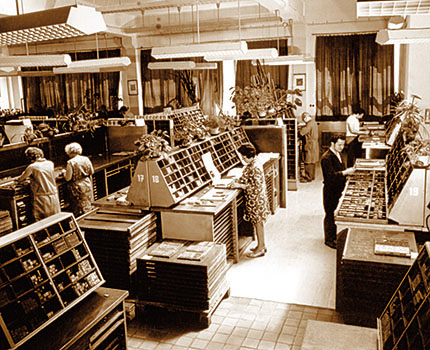 In 1950, both printing houses in Turnov were again merged into a single business, to be integrated into the North Bohemian Printing Company in Liberec. A group of excellent workers enthusiastic for quality printing was formed there. The company co-operated with the Febia publishing house in Prague, exporting of books abroad. This publishing house was awarded the Grand Prix at the Brussels World Exhibition for its 25 books exhibited. Of these books, 12 were printed in Turnov. In 1954, the President of the Republic awarded the printing house the State Prize for outstanding achievements and efforts in high quality printing production.

In 1958-1960, a new Severografia printing house facility was developed in a location close to the Turnov-Town railway station in today's Svobodova street, and the production was commenced in the new facility in 1961. Printing of publications ended in Turnov in 1964 and the company started focusing on publicity of Czechoslovak products abroad. The plant became an exclusive printing house providing prints for the leading foreign trade enterprises. In 1968, the business realised, in co-operation with these foreign trade enterprises, an unusual investment consisting in acquisition of nine Heidelberg high-speed presses and FAG pre-press processing, thus elevating the period's print production to the highest level. The company product range did not change for more than 20 years.

989, the Turnov facility detached itself from Severografia, into which it had been merged, and became an independent state enterprise called Turnovske tiskarny. The offset technique, which had taken over the leading role in producing challenging mercantile prints, had been introduced in the company, but not to the full extent: pre-press production phases were equipped technically at the minimal level and the bookbinding equipment was also obsolete. The structure of clients started changing, and the company went into private hands through acquisition from the state by UNIPRESS spol. s r. o. on 1 January, 1993. 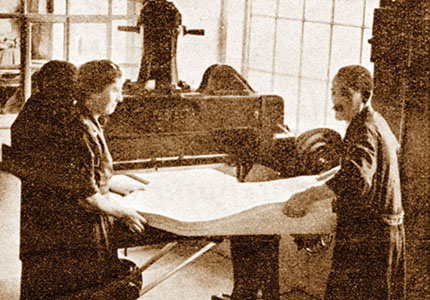 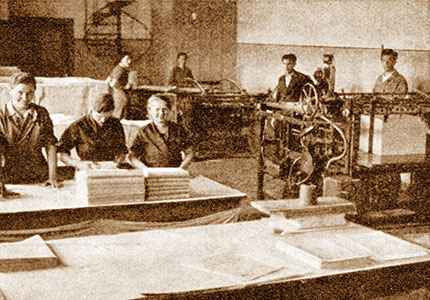 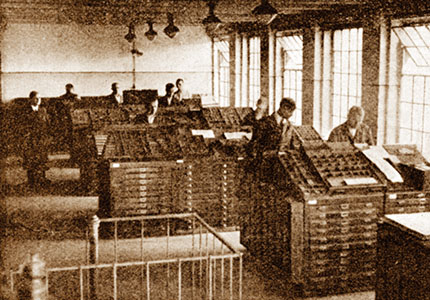